WirtschaftsWoche names Beurer GmbH as one of "Germany's Top Family Businesses 2020". In a new study, the Ulm-based family business came in sixth place out of the 500 SMEs evaluated. Marketing Director Kerstin Glanzer accepted the certificate on behalf of Beurer.

The study presents the 50 most visible, innovative and popular companies with a turnover of between €250 million and €1 billion. A jury of around 1,000 qualified economic actors evaluated the visibility and profile of around 500 SMEs. In the next step, 1350 respondents were questioned about the 220 remaining companies with regard to trust, quality, innovation, sustainability, and their image as a company and employer. In the final step, the result was calculated based on the ratio of average sales and employee growth, as well as the number of patents applied for between 2016 and 2018.

Beurer filed numerous patents in this period. These include the FM 200 Achillomed® Achilles tendon massager, the FC 55 Pureo Complete Cleansing powered body brush with removable handle, and the maremed® MK 500 sea air simulator for creating a natural marine climate in your own home.

"We are proud of the award we received and 6th place among these top companies, and this reflects the excellent teamwork between Beurer and its approximately 1,000 employees. The spirit of innovation, the use of state-of-the-art technologies and even the creation of an entire app world make us a global brand with an annual turnover of almost €300 million," said Marco Bühler, Managing Director of Beurer GmbH.

Marco Bühler is the 4th generation of his family to manage the Ulm-based family business after taking over the running of the company in 2003 when he joined. Beurer GmbH now has a 100-year history of success that started in Ulm in 1919 with the production of the first electric heat pad in Käthe and Eugen Beurer's bedroom at home. 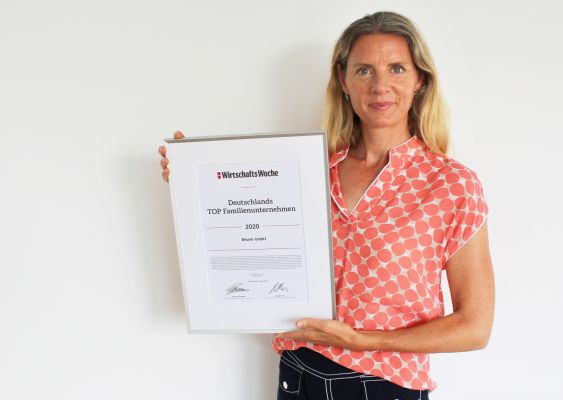 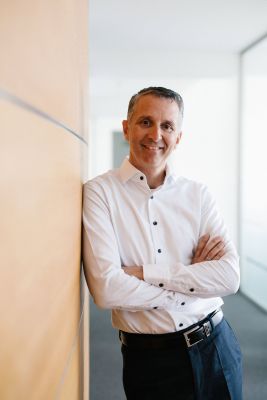