“pearl by Beurer”: Fulfil the desire to have children naturally and easily

Regardless of how long the female cycle lasts, women only have a few days a month where they have a chance of becoming pregnant. The probability of this occurring naturally at the first attempt is around 33% for couples under 25 years of age. The new "pearl by Beurer" OT 80 fertility set helps women fulfil a desire to have children through a home hormone analysis and plan a pregnancy in a targeted manner, or better understand their own monthly cycle. The set consists of ovulation test strips and, in combination with the "pearl Fertility" app, allows women to individually predict ovulation and fertile days.

The "pearl by Beurer" fertility set increases your chances of becoming pregnant naturally – even from the first month of use. Throughout the entire cycle, it tests the two most important fertility hormones: follicle stimulating hormone (FSH), which is mainly formed during egg maturation, and luteinising hormone (LH), which is released in the body during ovulation.

Finally become pregnant with "pearl by Beurer"
While ovulation tests often only display one hormone, the OT 80 enables both hormones to be determined independently of each other with an accuracy of 99 percent*. The measurement is taken daily with the test strips provided, using morning urine. A coloured line indicates that the test has finished and the result can be read after just a few minutes. The results can be conveniently evaluated using a smartphone camera and the "pearl Fertility" app. The app not only shows the user's individual hormone profile, but also provides real-time information on their cycle and fertility window. More precise than analysis with the naked eye, the software records the relevant values from the test and control line using the colour spectrum. Based on this analysis, the fertile phase can be calculated based on the amounts of FSH and LH in the body. The decisive advantage is the high degree of accuracy. Since the method is used throughout the entire cycle, physical characteristics such as body temperature do not influence the measurement. As a result, the fertility set can also be used by women with irregular cycles**.

What else does the "pearl Fertility" app do?
The free "pearl Fertility" app enables holistic monitoring of the female cycle. Not only does it display the day of ovulation and the next period, it also gives information on when ovulation will occur up to 6 days in advance. This makes it even easier to identify up to 8 fertile days per cycle and increase the chance of pregnancy. The app also gives the user information on which hormone should be tested on which days. The interpretation of measured values is clearly explained and all hormone values as well as the fertility window are presented clearly in graphs. The current cycle phase and the likelihood of becoming pregnant can be seen at a glance.

In addition to the 15 FSH and 15 LH ovulation test strips respectively, the handy fertility set also includes two pregnancy tests and a strip holder for ease of use. As a result, the set offers everything couples need to fulfil their desire to have children. The "pearl Fertility" app is available for iOS and Android in German, English, French, Spanish and Italian.

**The kit is designed to cover cycles greater than 21 and up to 35 days. Longer cycles may require an additional kit. If the user suffers from any conditions, especially those that affect the natural hormone balance or cycle, a doctor should be consulted before using the set. 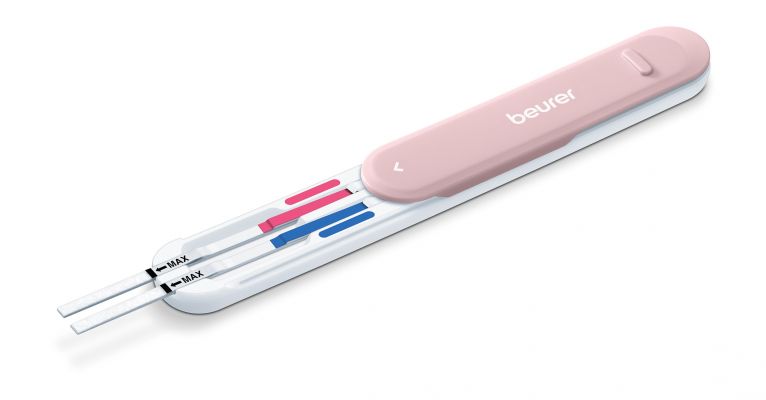 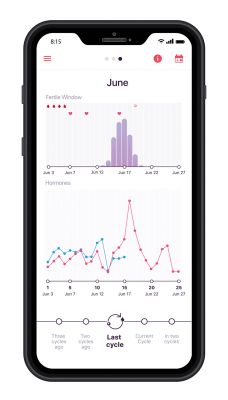 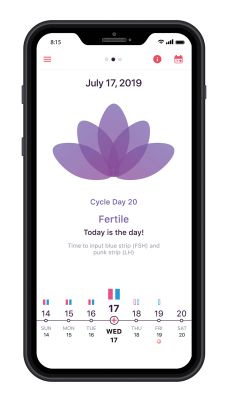